Ms. Fain attended the University of Indianapolis where she received a B.S. in Accounting and passed the CPA exam in 1995.

Project Accountant for the $875 million Eskenazi Hospital Campus Project.
As the Health and Hospital Corporation's accountant, Ms. Fain was responsible for the full range of construction project accounting.  Developed excel spreadsheet to track each contract by bid package and sources of funding.  She reviewed and accounted for all payment requests.  This included proofing all requests for payment against contracts and cost control spreadsheets, supporting documentation, and commitments in the Prolog construction software.  She insured that all costs were correctly identified by 6 separate sources of funding.  She handled the communication with the bond owner (bond bank) and the bond trustee regarding each payment.  Responsibilities also included entry of all invoices and payments into the owner's SAP accounting software. The bank statements for each funding source were reconciled monthly to SAP.  She also reconciled all contracts, change orders, and potential change orders against the Prolog construction software. The duties also included reconciliation of the SAP system of record to the Prolog construction software of the project manager.  She also worked with the Owner's auditors to validate construction accounting for the annual audit.  A monthly budget report and cash flow projection were prepared to advise the Owner on potential problems with the project manager's cost estimates and timetables. Her duties also included maintaining records to facilitate recording of fixed assets and used SAP's Fixed Asset module to record the fixed assets.

Delta Air Lines, LaGuardia international Airport, New York, NY
As Program Controls Manager Ms. Fain coordinated with the Delta Air Lines Corporate Real Estate and Finance Departments to develop the projects controls to successfully lead the implementation of various Terminal D and Terminal C expansion and renovation projects. This $160M program, 16-gate expansion was executed in phases and all projects were completed within an ongoing operational environment. A key factor for accomplishing this work is the constant coordination effort with Delta management staff to provide the appropriate detail in the budget and cash ﬂow to accommodate a dynamic project.

New lndianapolis Airport, Indianapolis, IN
Ms. Fain oversaw ﬁnancial controls during the $1 billion New Indianapolis Airport project which opened in November of 2008 on time and under budget. This oversight involved setting up budgets and tracking the associated costs, cash flow reconciliations for special funding needs. She was also responsible for the review and reconciliation of construction estimates for the Schematic Design and Design Development phases. Furthermore, she managed the budget allocation prior to contract award. Change Management Meetings were set up to evaluate all potential changes prior to award of any changes orders. These meetings included Owner Personnel plus Project Staff. Additionally, Ms. Fain served as a Project Controls Manager for the TC&M extension-of-staff team for the Indianapolis Airport Authority (IAA). As a part of this team, she was involved in the ﬁnancial controls oversight of the transition, operations and transfer of existing terminal facilities at the New Indianapolis International Airport. She also allocated the Midfield Terminal costs in the Fixed Asset System for the IAA. 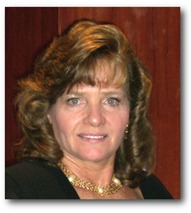 Kim Fain has extensive experience in developing and managing capital improvement project budgets and costs in addition to ﬁnancial analysis, payment requisitions, auditing staff and management of ﬁnancial processing. She operates with the necessary flexibility to organize an Owner's budget according to their parameters while maintaining the proper controls to keep the designers, CM and contractors in line ﬁnancially.